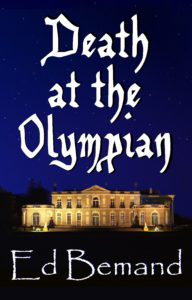 Will anyone make it out alive when death comes to the Olympian?

After offering a lift to a pretty girl, Rich finds himself obliged to attend a gathering of her old, rich and very peculiar family and gets caught up in their strange rituals and strained relationships.

When someone dies, people look for the killer in their midst. Tensions boil over as the bodies pile-up and Rich faces suspicion and accusation, but he already has a lot of experience with death and his own ties to the family. 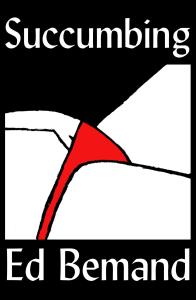 I’m working on the follow-up to Sinful Submissions at the moment. I wrote the roughest of conceivable versions of it over the course of NaNoWriMo 2011, also known as November. It includes further tales of Antoine the artist and what led him to abandon brushes in favour of sculpting the dead plus a panoply of other experiences to suit many a fetish and peccadillo. While working on it I’ve also drawn a lot of pictures, which leads me to a thought. The pictures that appeared in the first volume were included as a last minute decision. They are rough and ready and drawn by me. An actual artist has offered to illustrate the second book. Is that a good thing? For anyone that likes the current pictures, if you buy a print copy of Sinful Submissions from this site you’ll receive an original drawing in the style of the ones in the book with it.

The first print proof of Sinful Submissions was completed a couple of months ago, but I wasn’t happy with it so the time since has been spent improving it. The text itself is the same, but I’ve changed the formatting and moved the pictures around a bit. The revised version should be available within a couple of weeks and it’ll be available as a paper book from this website and from Amazon. I’ll post links when it’s up. There will also be an ebook version of Sinful Submissions coming soon, for Kindle and other platforms.

In the mean-time, for NaNoWriMo 2011 I wrote the first draft of the follow-up, Succumbing. This is another collection of short stories about sex and death featuring a range of returning characters from Sinful Submissions along with a load of new faces with their own tales to tell. Find out why Antoine stopped using paint and how he learned to use corpses as the basis for his great works and how distance helped to bring Richard and Laura together.

I’ve added a Page to this site where Beheld and Sinful Submissions can be bought directly from me. Email me at ed@edbemand.co.uk if you need.

Apparently it’s been a little while since I’ve updated anything. Let’s just pass it off by pretending I’ve been doing something useful in the intervening time that has precluded internet access, like working with starving children somewhere in Africa. Not feeding them of course, making sure they dig enough to keep me supplied with diamonds.

That aside, the book that I wrote over the course of NaNoWriMo last year is perilously close to being unleashed upon the world. To save me from having to read back over what I’ve written about it I’ll proceed on a basis of assumed ignorance, which is generally one of the safer assumptions that can be made. National Novel Writing Month is an annual project that encourages people to write a novel (they call it 50k+ words) in a month, specifically November of each year. The rough text of Sinful Submissions was completed within it last year. Other than some light editing the text is as it was written.

Sinful Submissions is a collection of interlinked stories about sex and passion. Mostly sex. Stories include the life affirming story of how Svetlana became a mail-order bride, how Antoine’s love of the dead helped him become great, why isn’t always the priest’s fault when there’s sinning in church and how John and Beatrice found out what really made them happy. Needless to say, it includes explicit sexual content.

It’ll be available via Amazon and other online shops, as well as directly from me. It’ll also be available from Amazon as an ebook for Kindle. In addition to the text, the physical book includes more than twenty of my drawings. I’ve also designed the covers of both version, using my drawings. The costs haven’t been fixed yet but I’ll be posting details shortly. I’ve got a sample story from it that is available to anyone that would like to read it for no charge. You can find it here. It’s also available as a .pdf for those that prefer them. Drop me a line at ed@edbemand.co.uk if you’re interested.

So… a bit over half way through the month and I’ve got 36,000 words down and my brain is edging towards collapse. I seem to have exhausted my internal supply of debauchery and have had to resort to writing stuff that is weirding me out quite considerably. With the topics I’m covering, that’s probably a good thing. I didn’t really think I had these limits. I suppose that’s something interesting to come out of this exercise. Working title for the book is Sinful Submissions, which possibly hints as to the nature of the content. Breaking 50,000 is still seeming terribly possible. It might be an idea for me to let my brain rebuild for a day or so before I head into the final stretch though.

So, eleven days into NaNoWriMo and I haven’t given up yet. Admittedly, besides that, working and sleeping I also haven’t got much else done. I’m so far on 26,000 odd words, which for less than two weeks is feeling pretty good. As for the content, well… it’s interesting. Challenging you might say. Taboos are being broken. Bad things are being discussed. Isn’t that what writing is for, though?

So, having avoided it for some years now, this year I’ve committed myself to doing NaNoWriMo . Considering that on my last book I managed to work the fastest I’ve ever done and produce about 10,000 words a month, it feels like it’s going to have to take a bit of a leap in  my creative abilities to do 50,000 in November. Am I concerned? Not exactly. I’m just doubtful the product will be much good.

As it stands I’ve got no real idea what I’ll be creating. In some ways I think that is preferable. I’m reluctant to “waste” any of my existing stuff on this, likely as whatever I work on is to become shit. Anyway, the way that I work, I don’t plan/draft/sketch out characters etc. before I start the actual writing. Most of my stuff gets written because I sat down and wrote a chapter of it from cold without knowing where it was going, and then looked at it later and decided that I had a novel there.

I haven’t decided yet what I’ll do with the product of this fevered period. I’ll have to judge it when it’s finished. It is likely to contain a fair amount of fucking though. In case of creative fallow periods, it’s either people fucking or spontaneous outbreaks of random violence to get things moving again.