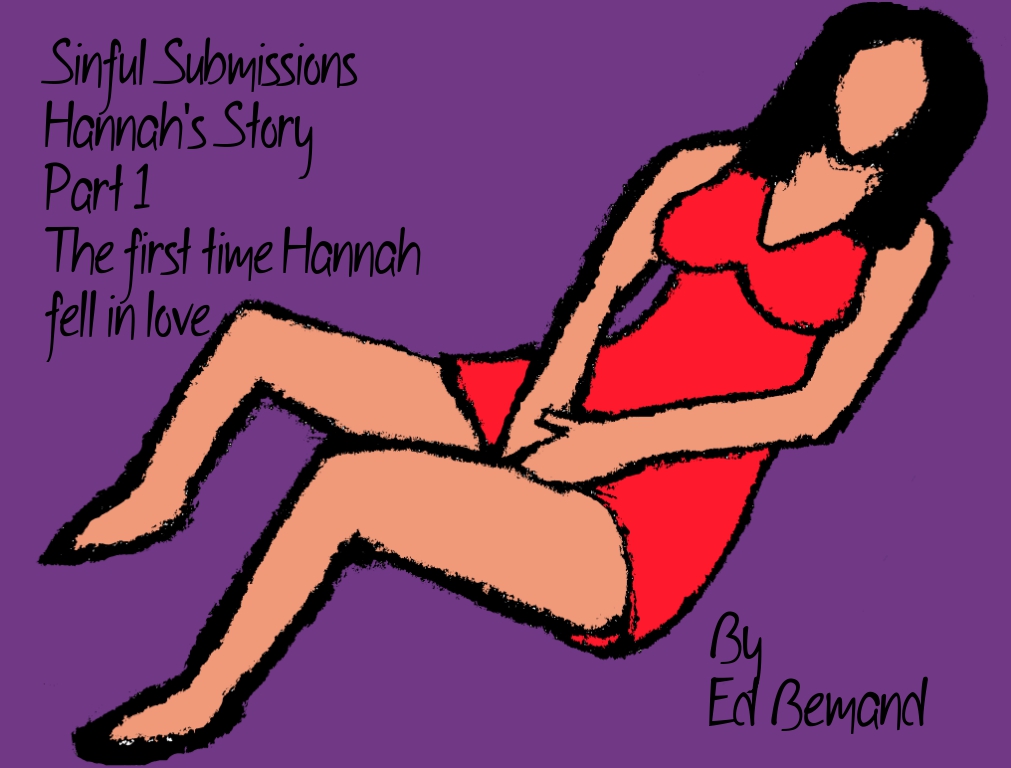 Hannah could vividly remember the very first time she ever saw Jen. It was during the confusion and disorientation that was her first week at university. Jen wasn’t much taller than her but she somehow managed to look so much more composed. She was wearing a top that exposed the lean muscles of her arms and the tattoos that encircled them.

Without thinking about it Hannah found herself turning, watching Jen as she made her way through the knots of people standing in the hall. She was so purposeful. She always seemed to know just which way to step and was able to progress smoothly through a crowd where Hannah knew that she herself would have been constantly stumbling and apologising.

Hannah couldn’t remember ever seeing another girl look so self-confident. She found it hard to imagine being able to stand up that straight, ready to look the world right in the eyes. Most of the time she preferred to look at the ground.

That first glimpse of Jen left an indelible mark on her soul. She couldn’t stop thinking about her afterwards.

Hannah saw Jen in passing a few more times after that in the days that followed. It wasn’t a big university and it was normal to become at least slightly familiar with a lot of people quickly. It was easy finding out her name. She found herself mouthing it as she lay in bed at night, rubbing her virgin sex and driving herself to orgasm.

At eighteen Hannah was shy and nervous. Though pretty she had never really done anything to emphasise it and she usually looked like she could have done with a bit more attention with a hair brush and a possibly more realistic understanding of clothes-sizing and the correct fit for garments to suit her. She was happiest in shapeless and baggy clothes and often wore hats that were big enough for her to hide under.

The few friends that Hannah had had in school had been the same ones throughout. She had never been exactly outgoing and always found it difficult to know where to start with people socially. Sexually she was inexperienced and though she had learned to give herself pleasure when she was thirteen, she had never had a real boyfriend and the couple of fleeting moments of attempted intimacy that she had experienced had made her feel very uncomfortable. None of it came close to the sweet purity of love as she had imagined it, or even just the pleasures that she could bring to herself with her fingers and fantasies.

It was Hannah that made the first move with Jen and walking up to her was possibly the most difficult thing that Hannah had done in her life up to that point. It wasn’t much of a move, as she would have been the first to admit. It was in the student union bar. Hannah had been forcing herself to go there, however uncomfortable she felt surrounded by people. She didn’t really drink and she found it hard talking to new people, but it was better than just sitting in her room alone all evening and staring at the walls.

“Hi…” Hannah mumbled nervously. What else was she supposed to say?

“H… Hannah.” Even just saying her name was difficult, how was she supposed to express all the things that had been bouncing around inside her mind and driving her mad since she had first seen Jen?

Hannah felt like Jen could tell what she was thinking just by looking at her, that she knew just how many times Hannah had fallen asleep with Jen’s name on her lips and her own fingers caressing herself. She found herself blushing uncontrollably.

It was perhaps for the best that Jen clearly wasn’t someone that looked for the other person to take the initiative, otherwise the two would have stood there in awkward silence for hours. As it was, Jen was a girl who was very comfortable in herself and her desires. Hannah was a pretty girl and Jen could tell immediately that Hannah was attracted to her, so what possible reason could there be to not take her home and play with her?

When Hannah was a young girl and inclined to fantasies of being a princess she had always pictured in her mind the handsome prince who would ride up and rescue her from whatever peril it was that she was trapped in. He would be handsome, of course, and brave and strong and he would want her for himself and would do anything to have her.

Jen wasn’t what she had pictured, but now, just a few scant years later, she could barely think of anyone else. But then, was Jen really so different from what Hannah had imagined? She was gorgeous and had such confidence and courage about herself, and she made it clear that she wanted Hannah, even if in her girlish fantasies the prince’s intentions had never been quite so carnal.

The first time they made love Hannah was too nervous to be a very active participant. Fortunately, Jen seemed happy to do most of the work. Jen pulled off Hannah’s clothes and gradually discarded her own. She hungrily explored Hannah’s body with her hands and mouth, not giving her the chance to say no. Hannah wanted Jen, even if she didn’t know exactly in what way she wanted her. Her shyness made her want to hide but Jen wouldn’t let her.

“You prefer to stay natural?”

Hannah blushed. It wasn’t something that she had really put much thought into. She knew that some girl’s did shave down there, of course, but it had never really occurred to her to do so. The feeling as Jen lightly ran her finger down the edge of Hannah’s lips was enough to make her arch her back and moan softly. Jen kept smiling, enjoying watching her reactions. She licked her finger and lightly dipped it between Hannah’s lips. She was deft and certain in her movements. Hannah was too absorbed in her pleasures to be embarrassed.

A short and noisy orgasm, followed by a longer and even noisier one later and Hannah was left dozing contentedly. Jen was sat back in bed rolling a joint from her stash and feeling quite happy with the state of the world, even if she hadn’t managed to climax herself during what had gone on. She could always deal with herself later if she was still in the mood.

Jen had gathered that Hannah was very inexperienced when they had first spoken but she had assumed that she would at least have had some experience. She might have been more careful in her choice of lover if she had realised that Hannah was truly a virgin. Usually there was too much risk of emotional complications with virgins. As a rule Jen preferred to do what she did with people that had the experience to understand what was happening and not try to make something of it that it wasn’t.

Hannah wasn’t exactly a first and only for Jen. She had been there for three years and had already had pretty strongly held ideas about who she was when she had first come to university. At last count she had slept with sixteen girls and five guys since being there, the most recent being the previous weekend. Mostly it was pretty casual stuff and so far none of the guys had been given a second chance. She didn’t have any specific problem with guys that didn’t have one with her but she had yet to find a cock that was worth going back to for more.

Her female lovers that had proved rational enough to enjoy a good thing without bringing negatives into it she was happy to return to on occasion but she didn’t like to feel like she was ever in a position that others were dependant on her. Her pleasures were supposed to be transient and casual, free of commitment and obligation, beyond the courtesy of attending to each other’s pleasures as mutually as possible.

Hannah had looked extremely embarrassed when she sidled up to Jen later that day.

“You did so much for me and I… didn’t really do anything for you.”

Hannah nodded, finding it difficult to hold a level gaze with Jen, which was making her stare at Jen’s breasts more than she might have intended to.

Hannah spent a long time stroking her hands over Jen’s body. She felt tight and solid, strong but feminine. Despite the turmoil of sensations she had been going through last time she had been paying enough attention that she could now mimic what Jen had done to her. Fortunately, Jen enjoyed having done to her what she had enjoyed doing to Hannah. Hannah loved the feel of Jen’s breasts and the way that the nipples pointed a little bit upwards. Her own breasts were bigger and heavier and hung lower. Jen said she liked them and Hannah was happy to take her word for it.

Jen had got her first tattoo when she was seventeen and had added one a year since. The swirling pattern that covered her upper arm and trailed onto her shoulder was beautiful, but it was the small pictogram above her pussy that caught Hannah’s attention the most. Jen told her that it represented strength. Hannah kissed it gently, hoping that it would grant her a fraction of Jen’s self-possession.

Though nervous and inexperienced, the kisses that Hannah scattered over the perfect smoothness of Jen’s pussy were driven by passion and were enough to open the lips. She found herself remembering her handsome prince and the way that she had imagined him kissing her, as she locked her lips on Jen’s and kissed hungrily, her tongue dipping between them, her face held close by Jen’s strong thighs. Jen’s grip tightened on her as she was consumed by paroxysms.

Though it had been neglected in the caresses, Hannah’s own sex was wet enough to drip and a few minutes after her pleasure had subsided Jen was recovered sufficiently to offer Hannah release with just a few deft movements of her fingertips.

It was after their second encounter that Jen tried to tactfully warn Hannah that she wasn’t really looking for an exclusive relationship with anyone. Though obviously uncertain Hannah wanted to have whatever she could of Jen. Having experienced her first delicious tastes of pleasure with her she couldn’t imagine letting Jen go. Better to share her than to have nothing.

One thought on “Hannah’s Story: Part 1, The first time Hannah fell in love”